Skip to content
Home » Engineering for kids » Learning about Optics with Two Fun Light Experiments!
Share with your friends!
4

My son loves figuring things out.  The kid can work on Legos for hours on end!  I wanted to feed his love of problem solving, so I’ve been coming up with engineering projects for him.  Each week, my goal was to come up with a project based on a concept I learned in college.  Sounded like a great idea, but then life happened, and I fell behind.  Then a friend of mine told me about Tinker Crate, a monthly subscription box with Engineering activities. When the first box arrived, my son was so excited! He immediately opened it up, and we discovered we would be learning about optics through a couple hands-on light experiments!

Learning about Optics with 2 Light Experiments!

The Tinker Crate box came with a book called “Tinker Zine”. The Tinker Zine explained how to perform each light experiment, and the science behind it.

The first exercise was a simple light experiment to explore how light behaves.

We filled a bottle with water, and shined a flashlight through the bottom.  My son then tilted the bottle, and what we saw was awesome!  As soon as the water hit my son’s hand, the water lit up!  My son thought it was magic, but I explained to him it wasn’t magic at all.  It was OPTICS!

I explained to him OPTICS is the study of how light works, and the water and light experiment was showing him how light works.   My husband drew the following sketch, and explained optics a little further:

We spent awhile playing with the light and water.  My son just thought it was “so awesome” that the light bent with the water and landed on his hand.  Even my toddler got in on the action!

After we dried our hands (and changed the toddler’s shirt), we moved onto the next activity in the Tinker Crate box.

The little black box on end of the circuit is a battery pack with an on/off switch.  As soon as my son flipped the switch and the light bulb turned on, we was grinning from ear to ear!

The last activity was to built a constellation on a piece of black foam.  First my son secured the circuit inside a small box, using the tape and cardboard supports provided in the kit.

The kit came with several outlines of constellations, so my son chose one, and copied it onto a piece of black foam paper.  He then poked a hole everywhere there was a star in the pattern, and glued one end of a optical fiber to each hole.  After letting the glue dry for about two hours, he bunched all the optical fibers together, and placed the bundle in front of the small light bulb in the circuit.

I asked my son how he thought the light had gone all the way from the bulb to the foam sheet.

Me:  “Remember the light traveling through the water onto your hands?”

Me:  “The same thing happened here!  The light from the light bulb traveled through the optic fibers to the black sheet!” 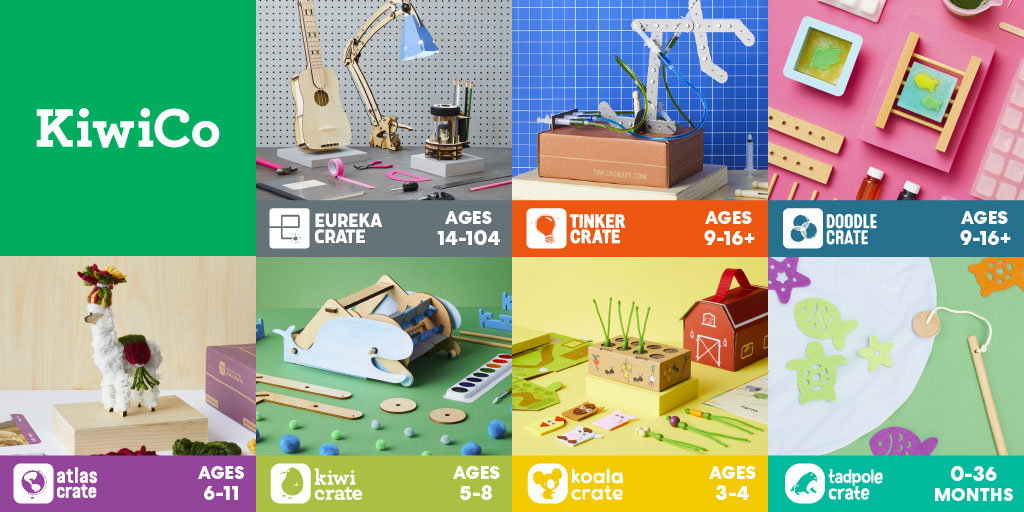 We loved learning about optics with Tinker Crate!  My son had so much fun experimenting with light, and building a circuit.  I loved how the Tinker Crate box took a engineering concept like optics and made it fun and easy to understand, even for my 6 year old!

What do you think about our first experience with Tinker Crate?  Are you curious about the subscription box?  If you are leave a comment, and I’ll share more details about our experience!

Gain access to free experiments and activities to do at home when you subscribe to From Engineer to Stay at Home mom!

Success! Now check your email to confirm your subscription.

For other engineering activity ideas, see my other posts!

11 thoughts on “Learning about Optics with Two Fun Light Experiments!”

Search all of my posts!

From Engineer to Stay at Home Mom

Hello! Welcome to From Engineer to Stay at Home Mom! I'm Christy, the mom to 3 rambunctious little boys. Before staying home to raise the boys, I was an engineer for over 10 years. Now I share my love of all things STEM with my boys, and we find ways to connect and have fun!